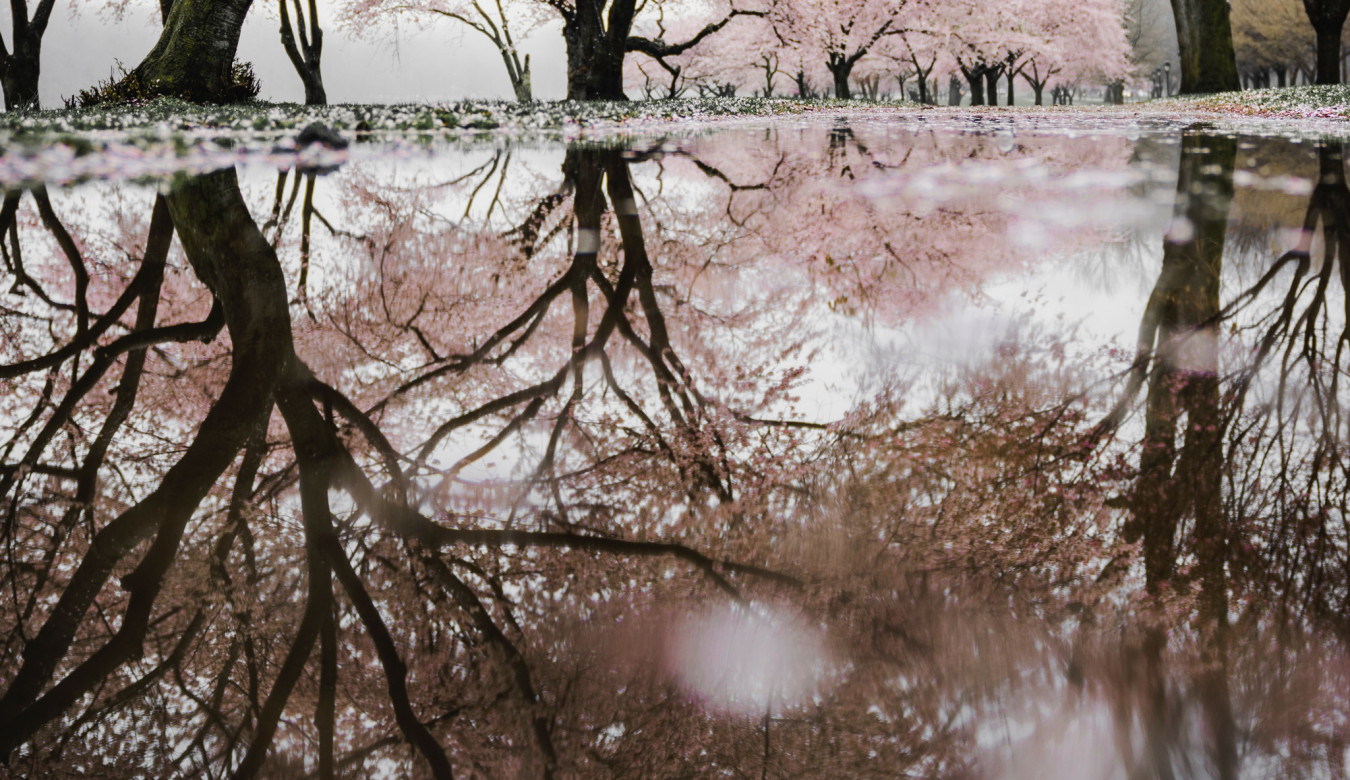 The Meaning of Soul

Pixar’s great film, Inside Out, was a touching tale about inner conflicts. Coco took as its theme the destructive presence of the unresolved past.

Now, Soul combines a near death experience with the ennui of modern life to tell a story that brilliantly subverts many self-help nostrums. It fearlessly brings together the metaphysical and the mundane, to reveal the glory shared by both.

Joe Gardner (spoiler alert, though I’m discussing themes, not plot) is a music teacher. One day, he unexpectedly secures a big break and becomes so elated that he stops looking where he’s going, falls down a manhole, and enters a coma deep enough to detach his soul from his body.

Like all good myths, the whole meaning of the story hides within the roughest outline of its plot, which the filmmakers take the rest of their sparkling movie to unpack.

For much of it, Joe is in the Great Before, having leapt from the stairway that leads to the Great Beyond. He does not want to go heaven, as he is not ready to die.

Knowing who you really are means knowing your true name.

The Great Before is an eternal zone in which souls prepare for life on earth. It is not quite a bardo state, as Buddhists depict the realms between lives. Nor is it being held in the mind of God, which is how the Christian imaginary sometimes talks of life before birth, although the pre-existence of the soul is a controversial matter in the religious west. Preaching about it used to be heretical, and today might prompt a boycott from conservative Christian groups.

In Pixar’s account, the unborn souls in the Great Before are young and forming. They are receiving character and spark, which they need to be able to make a stab at life on earth. They attend ‘You Seminars’, although interestingly, they don’t have names, and instead are known by numbers.

They are tended by entities who have a focus and drive like angels, though they are less individual than the angels that Dante, say, encounters in paradise. ‘I am the coming together of all the quantised fields of the universe, appearing in a form your feeble human mind can comprehend’, says one of them to Joe, adding that it answers to the shared, generic name, Gerry.

It’s one of many witty moments, which has wit in the older sense too, of being wise: the detail about namelessness is, I think, an early clue as to the deeper message of the movie. Knowing who you really are means knowing your true name, and the souls don’t yet know it.

Joe has spent his life pursuing the dream of a breakthrough in the music business. He loves jazz and has assumed that when he plays, he manifests his passion and gift, and so becomes himself. His goal is to make his name, which is another widespread view of life’s meaning.

Lost souls are not that different from those in the zone.

It might be called ‘finding your thing’, or putting in 10,000 hours, ideally so as to become well-regarded, if not famous. Should that not happen, then there is always the consolation of peak experiences or a personal sense of purpose; a life organised around your heart’s desire, or of enjoying flow states.

However, Joe starts to realise that these goals are illusory. For example, he meets Moonwind from ‘Mystics Without Borders’, a group that works across reality’s divisions, including heaven and earth, and Moonwind tells him a shocking thing. ‘Lost souls are not that different from those in the zone’, he remarks about flow states. ‘The zone is enjoyable but when that joy becomes an obsession, one becomes disconnected from life’.

In other words, positive experiences can detach you from life as effectively as negative ones: the pursuit of happiness can disorientate as thoroughly as existential pain. Being disconnected from life, alongside being unsure about your name, will turn out to be two sides of the same problem.

A further nostrum about the meaning of life is falsified when Joe learns that having a gift doesn’t deliver purpose either. To say more about that would reveal too much of the plot, though by this stage in the story, a further truth is starting to shine through. To cut to the chase, what matters is education, in the broadest possible sense.

This is not about gaining qualifications, or even cultivating joys like music. It is about remembering who you are.

It occurs simultaneously at two levels. First, Joe starts to realise how he is appreciated by his family, friends, and pupils. Remembering their kindnesses, and recognising the love, is invaluable, though if that were the main takeaway from the movie, it would make the story worthy, but sentimental. And Joe discovers much more than that.

The richer education that he had missed, even in his pursuit of music, is what the ancient Greeks called paideia. It is an education that takes the stuff out of which you are made, received from nature or nurture — or indeed from any transpersonal inheritance instilled before this life — and fashions it into the means by which to enjoy communion with others, nature, and the gods.

It is an education of desire that transforms the yearning for more into a recollection of the tremendousness of existence. It is an education of the mind, showing how life is not a linear ascent up a slope of progress, but is a return to a presence that is available moment by moment. It is an education in the type of knowledge that isn’t driven by competitive goals or technological innovation, but by a love of contemplation. It understands that the task of this life is polishing the soul’s mirror to enable its inner microcosm to reflect the macrocosm of heaven and earth.

The meaning of music is transformed too.

Joe learns that his near death experience enables him to value life, his plunge into darkness to see light, his anxiety to appreciate love. He becomes educated in the qualities of the present moment, the power of now, if you will. A sycamore seed can fall from the sky and be known as radiant with divine light.

Although it is not put like this in the film, I reckon he can be said to learn his true name: it is ‘I’, the distinctiveness felt in the phrase, ‘I am Joe’, of which he can be aware regardless of any breakthroughs, or abilities, or peak moments. It’s his true name because it is both his and everyone else’s: Joe’s particularity is the means by which he participates in the whole of life, without reserve.

The meaning of music is transformed too. He no longer yearns for the perfect jazz solo, fostered by a combination of opportunity, skill and flow. That is too transient a goal to deliver lasting satisfaction. Rather, music is understood to enable what C.S. Lewis called ‘transposition’. It exists in between worlds — the physical world of acoustics and the aesthetic world of harmony — and so transmits a sense of reality in which life is known in all its fullness. This is music’s soul: it is a form of cosmogenesis, which is to say that it is not about making more stuff, but is about amplifying and extending what is good, beautiful and true, to those who have the eyes to see and ears to hear it.

The ancient Greeks put music at the centre of their paideia, alongside rites and pilgrimages, debates and feasts. They called it the work of the gods, or theurgia, because it can become the core around which a life is orientated. The heart of the work is a kind of remembering awareness, of your true name, of your connection with life, and of your destiny, the soul of which shines in any and every moment.

Soul addresses another fascinating issue, over which the ancients disagreed, namely the nature of the material world. Some, such as groups of Gnostics, believed that it was corrupted. They argued that the soul did not descend fully into the body, or that if it did, it became trapped in heavy flesh. Others, such as most early Christians and Platonists, argued that the soul did descend fully into the body, and that this world, which is also wonderfully ensouled, is a school in which we learn to experience divine life. Salvation comes when the sacred patterns of the natural world are discerned, as opposed to arriving with a saviour who rescues us from fallen nature, as the doctrine of original sin suggests.

Mark Vernon is a writer, psychotherapist and associate of Perspectiva. He contributes to and presents programmes on the radio, as well as writing for the national and religious press, and online publications. He also podcasts, in particular The Sheldrake-Vernon Dialogues with Rupert Sheldrake. He has a PhD in ancient Greek philosophy, and other degrees in physics and in theology, having studied at Durham, Oxford and Warwick universities. He is the author of several books, including his latest, out this year: A Secret History of Christianity: Jesus, the Last Inkling and the Evolution of Consciousness (John Hunt Publishing). He used to be an Anglican priest and lives in London, UK. Mark is working on the notion of spiritual intelligence with Perspectiva, which is not about problem-solving but the roots of awareness, as well as events. Find out more here.

A recent discussion below between Mark Vernon, Pippa Evans, and Jonathan Rowson on the movie Soul.