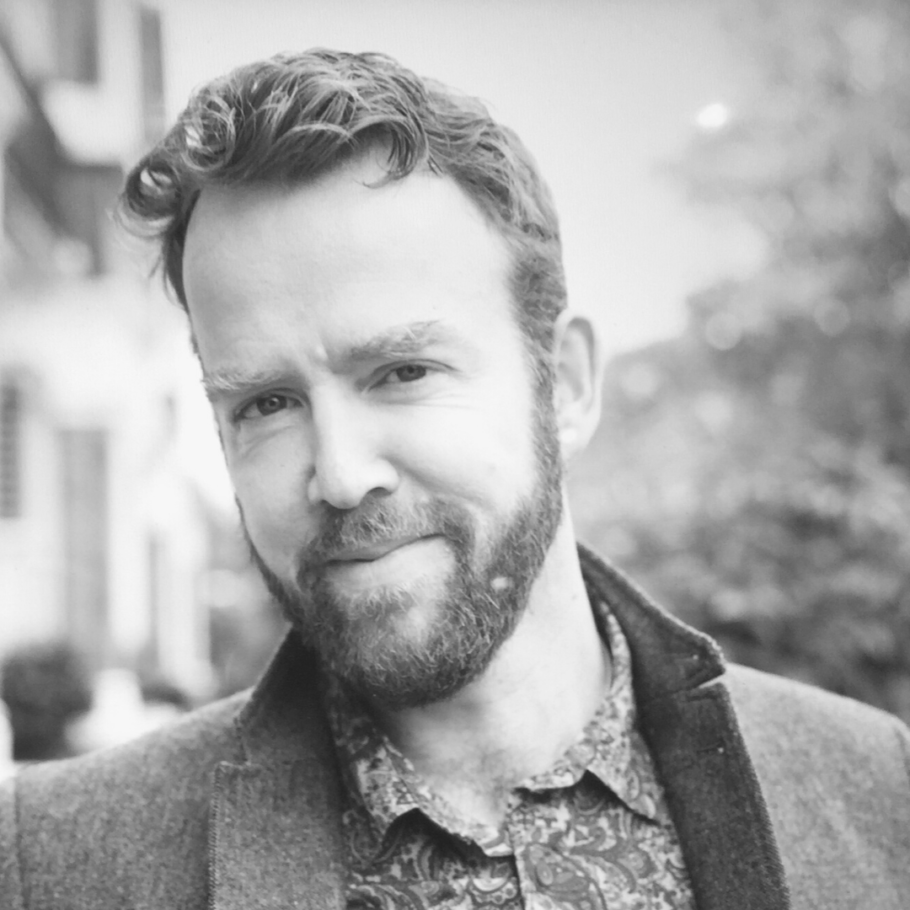 Jonathan is co-founder and Director of Perspectiva. He was previously Director of the Social Brain Centre at the RSA where he authored a range of influential research reports on behaviour change, climate change and spirituality, and curated and chaired a range of related events. Jonathan is an applied philosopher with degrees from Oxford, Harvard and Bristol Universities. In a former life he was a chess Grandmaster and British Champion (2004–6) and views the game as a continuing source of insight and inspiration. His book, The Moves that Matter – A Grandmaster on the Game of Life was published by Bloomsbury in 2019. He lives in Putney, London, with his wife Siva, and their two sons, Kailash and Vishnu. You can find Jonathan on Twitter. 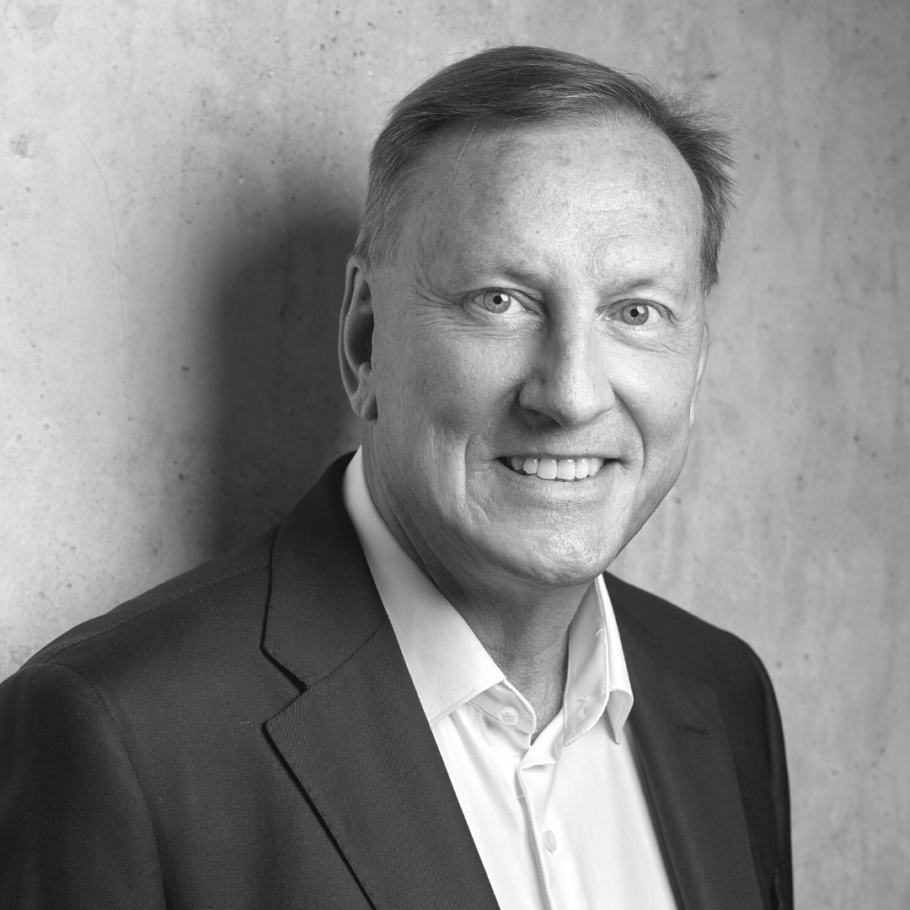 Tomas Björkman is co-founder and chairman of Perspectiva and an applied philosopher and social entrepreneur with a great interest in science and philosophy. He has founded several companies and organisations, including Investment Banking Partners AB and has also been chairman of EFG Investmentbank AB. He founded the Ekskäret Foundation, with the purpose of stimulating sustainable development of individuals, organisations and society. He’s also the author of several books, including The World We Create, The Market Myth and co-author of The Nordic Secret and the initiator of the Emerge network and media channel. 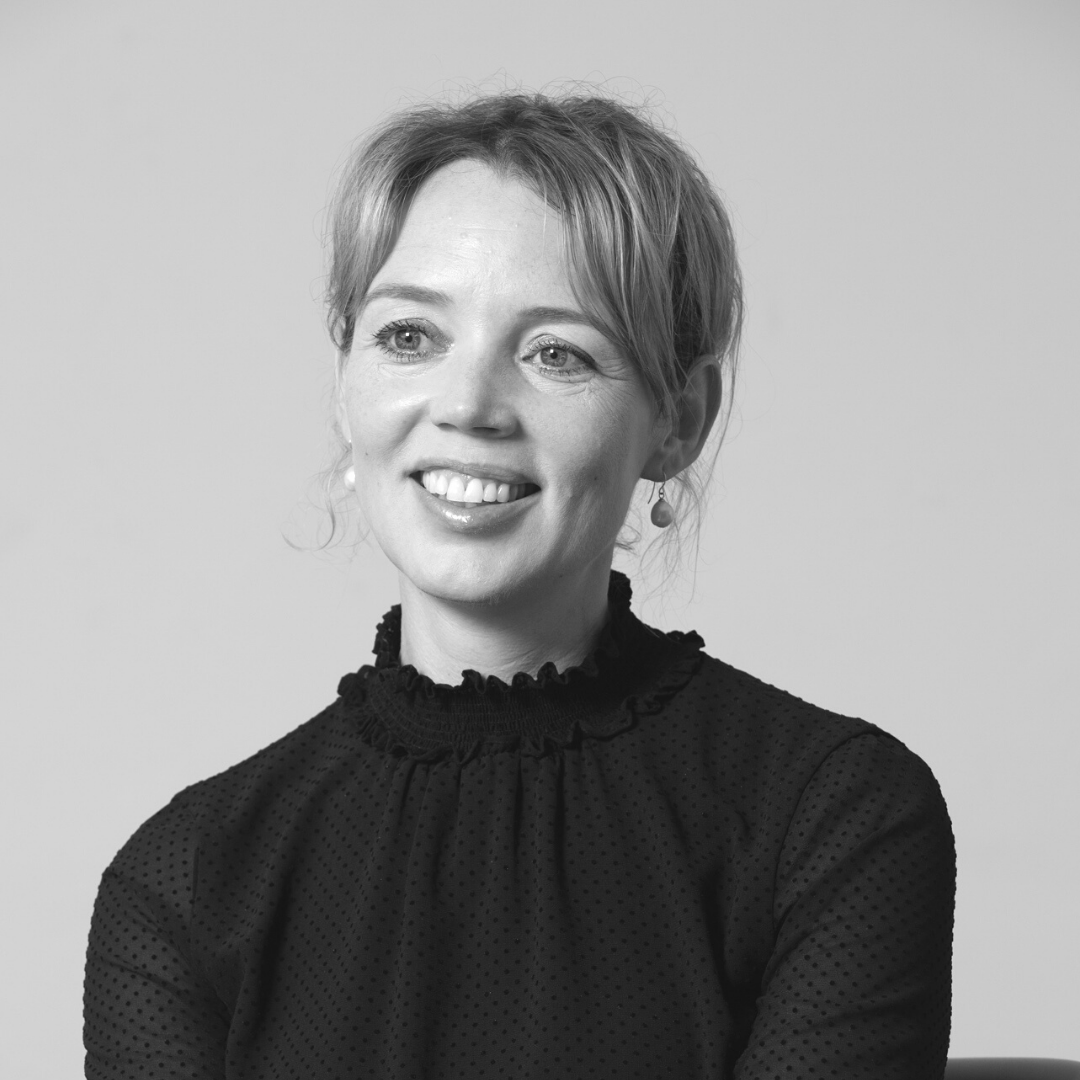 Anna is a writer, coach and a Professor of Cultural History at the University of Kent. She has published journalism, academic works and a novel (The Truth About Julia, Allen & Unwin, 2016). All her life, Anna has been deeply interested in psychology and how we can improve ourselves individually and as a collective. She believes that we have much to learn from the past and other cultures and that inner and social change are connected. In her forthcoming book The Art of Self-Improvement: Ten Timeless Truths (Yale University Press, 2021) she explores ten ideas about self-improvement that stay the same across time and space. Time-honed and tested, they were as relevant two thousand years ago as they are now. Anna is Director of Emergence. 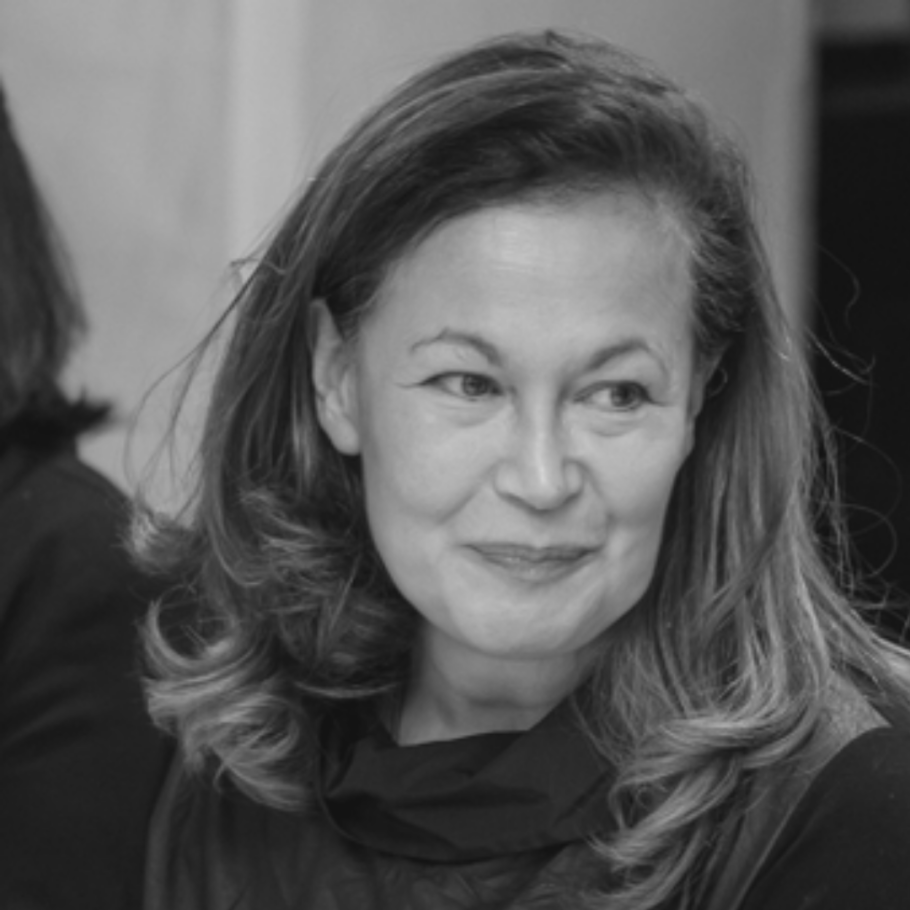 Indra is Co-initiator of The Alternative UK political platform, part of a global network originated by Alternativet, founded by Uffe Elbaek in Denmark. They publish a Daily Alternative media and run community collaboratories around the UK, building Citizen Action Networks (CANs) to reconnect people to the local eco-systems of solutions available. Central to the vision of an Alternative politics is the interdependency of the complex individual, the community and the planet: I, We, World. Indra is concurrently a psycho-social therapist, founder and Director of the Soft Power Network, a writer and events producer. She has consulted to the World Economic Forum, Indian, Finnish and Danish governments, NATO, the Scottish Executive and the Institute of Contemporary Arts amongst others. You can find Indra on Twitter. 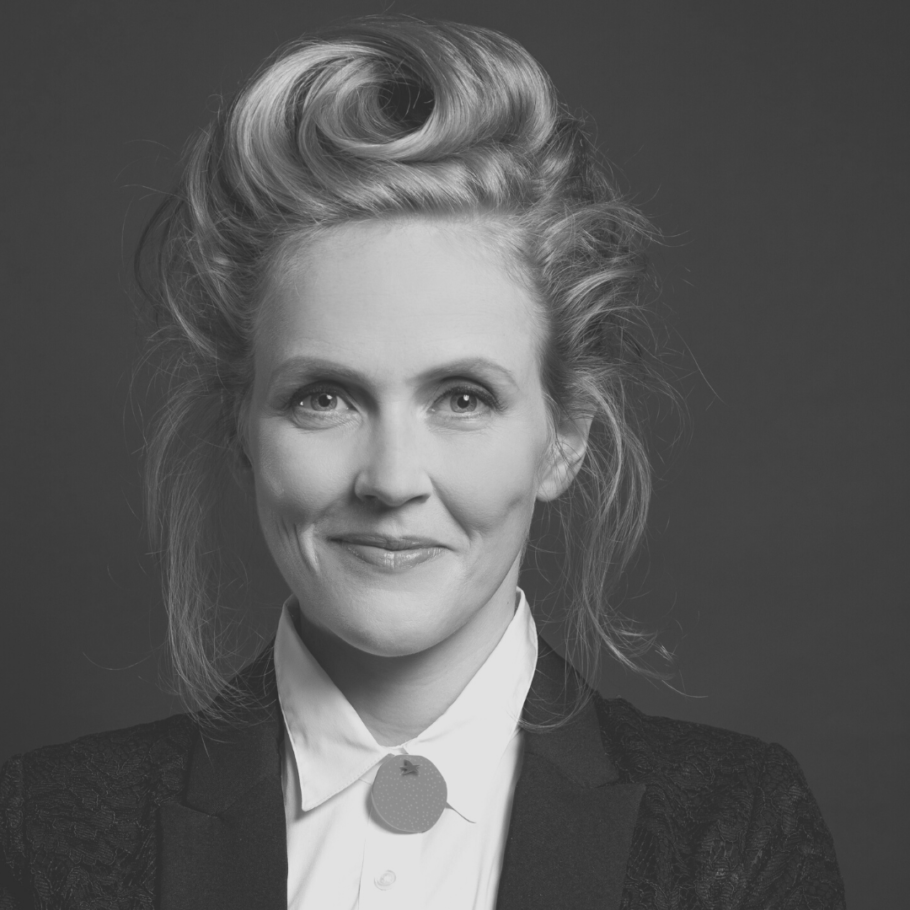 Pippa is a performer specialising in improvisation and musical theatre, who works with our Associates to bring their work to life in both private and public workshops or experiences. Her work has seen her tour globally, both as a stand-up and as a founder member of the Olivier award-winning stage show, Showstoppers! The Improvisational Musical. In 2013, Pippa co-founded the Sunday Assembly, a network of secular and inclusive congregations, which now operates in over 70 cities globally. This work, combined with her fascination around the connective experience of improvisation, through her ongoing project Improv Your Life, led Pippa to an interest in the exploration of secular spirituality and our ability to communicate deeply with each other. Pippa’s book, Improv Your Life: An Improviser’s Guide to Embracing Whatever Life Throws At You will be published in February 2021. You can find Pippa on Twitter. 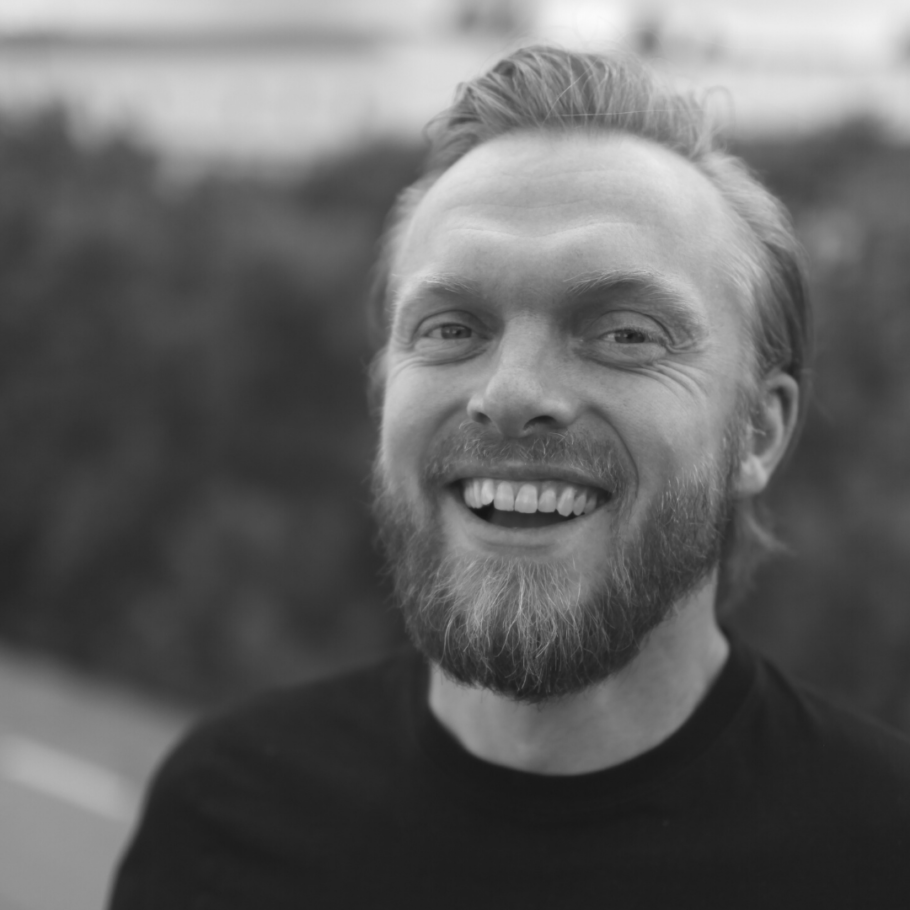 Ivo is Senior Adviser and active in all strands of Perspectiva; currently focused on operations and research into spiritual practices. Ivo is an ordained priest in the Soto Zen Buddhist lineage, and currently practices in the Ridhwan wisdom school following the Diamond Approach. Before working for Perspectiva, Ivo developed a career as an integral development coach, is a published author, and worked over a decade as a journalist and communications consultant after trying out careers in tech, yacht carpentry and greenhouse construction. In 2021 Ivo will be developing Perspectiva’s work on praxis, including inquiries into temporics, the imaginal and Logos as fundamental dimensions of change. You can find Ivo on Twitter. 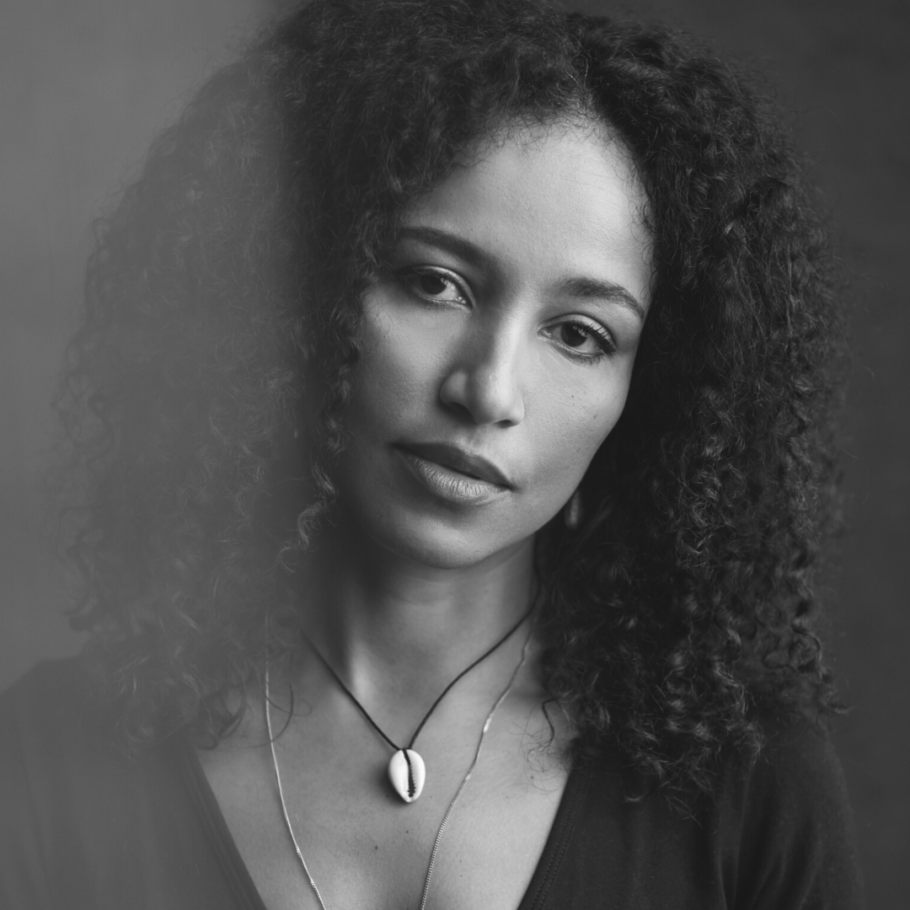 Minna is a Nigerian, Finnish and Swedish writer, feminist theorist and the author of the internationally-acclaimed book Sensuous Knowledge: A Black Feminist Approach for Everyone, published in March 2020. Translated into five languages, Sensuous Knowledge has been called “intellectual soul food” (Bernardine Evaristo), “vital” (Chris Abani) and “metaphysical journey into the genius the West hasn’t given language to” (Johny Pitts). Minna has written for the Guardian, Al Jazeera, World Literature Today and is a columnist for Esperanto Magazine. She has presented talks at prominent institutions such as the UN, EU, The Oxford Union, The Cambridge Union, Yale University and The Singularity University at NASA. She is co-director of the feminist movement, Activate, and a Senior Research Associate at Perspectiva. She sits on the advisory board of the African Feminist Initiative at Pennsylvania State University and the editorial board of the Interdisciplinary Journal for the Study of the Sahel. You can find Minna on Twitter. 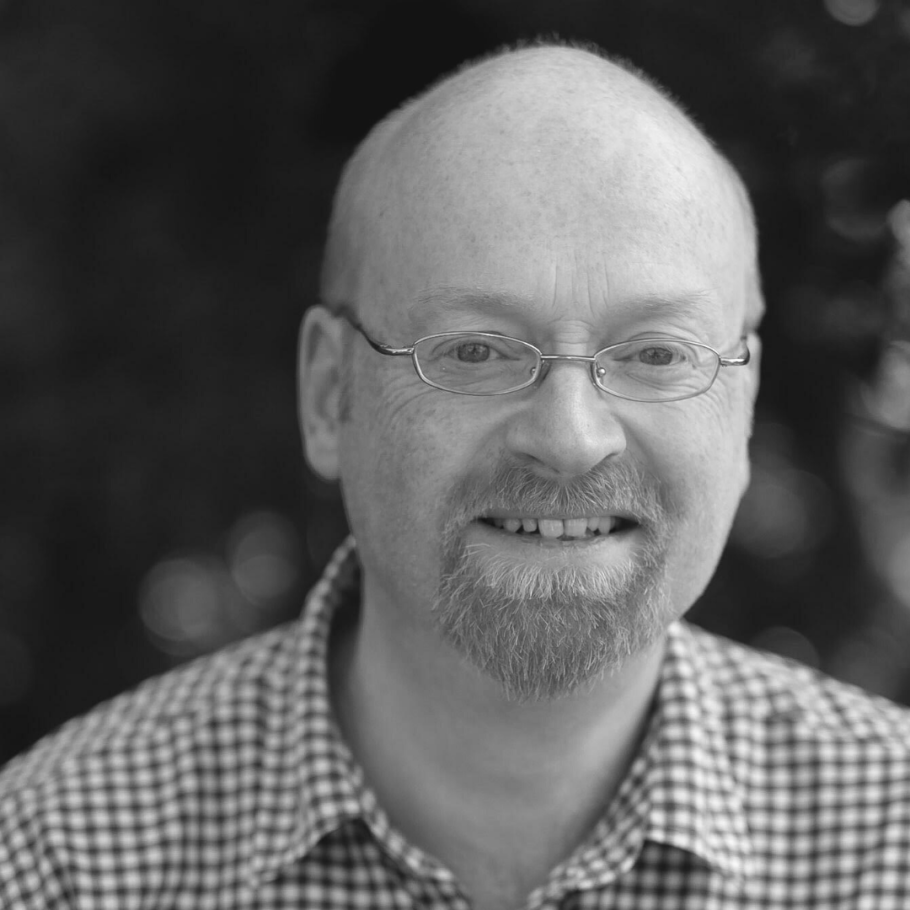 Mark is a writer, psychotherapist and associate of Perspectiva. He contributes to and presents programmes on the radio, as well as writing for the national and religious press, and online publications. He also podcasts, in particular The Sheldrake-Vernon Dialogues with Rupert Sheldrake, gives talks and leads workshops. He has a PhD in ancient Greek philosophy, and other degrees in physics and in theology, having studied at Durham, Oxford and Warwick universities. He is the author of several books, including his latest, out this year: A Secret History of Christianity: Jesus, the Last Inkling and the Evolution of Consciousness. He used to be an Anglican priest and lives in London, UK. Mark is working on the notion of spiritual intelligence with Perspectiva, which is not about problem-solving but the roots of awareness, as well as events. For more information see www.markvernon.com. You can find Mark on Twitter.

Tom is a British author, educator and philosopher of technology. He has authored ten non-fiction books exploring digital culture—most recently Critical Thinking and Live This Book!. He is also a guest faculty member at the Saïd Business School, Oxford, for its executive leadership program, a former associate at the Oxford Internet Institute, and a guest lecturer and educational advisor at institutions across Europe and the US. His debut novel, This Is Gomorrah (Hodder), was published worldwide in 2019, and was a Sunday Times thriller of the month, shortlisted for the CWA Thriller of the Year, and won the France’s Prix Douglas Kennedy for the year’s best foreign thriller.  Tom co-leads Perspectiva’s Digital Ego Project, which explores human growth and flourishing in a digital age, alongside Dan Nixon. You can find Tom on Twitter.

Bonnitta is founder of Alderlore Insight Center, a non-profit educational organisation focusing on secondary education and insight training for post-formal learners. She is the Professor in Residence for the MA in Consciousness Studies and Transpersonal Psychology at the Graduate Institute, and an Associate Editor of Integral Review. You can find Bonnitta on Twitter. 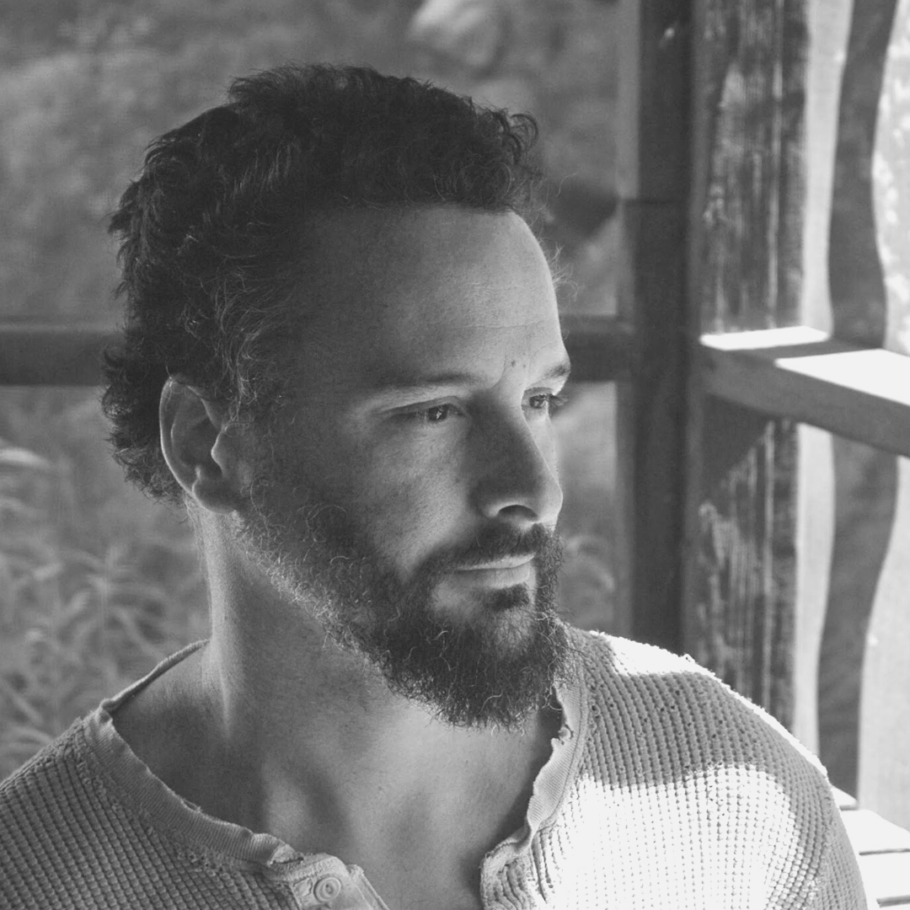 Zak is a philosopher of education working at the interface of psychology, metaphysics, and politics. He has published two books, including Education in Time Between Worlds, along with dozens of articles. He has worked co-founding a non-profit and think tank, teaching graduate students at Harvard, and consulting with technology start-ups. Zak is a long time meditator, musician and caregiver, which has shaped him more than any professional engagements. Find out more about Zak’s work here. 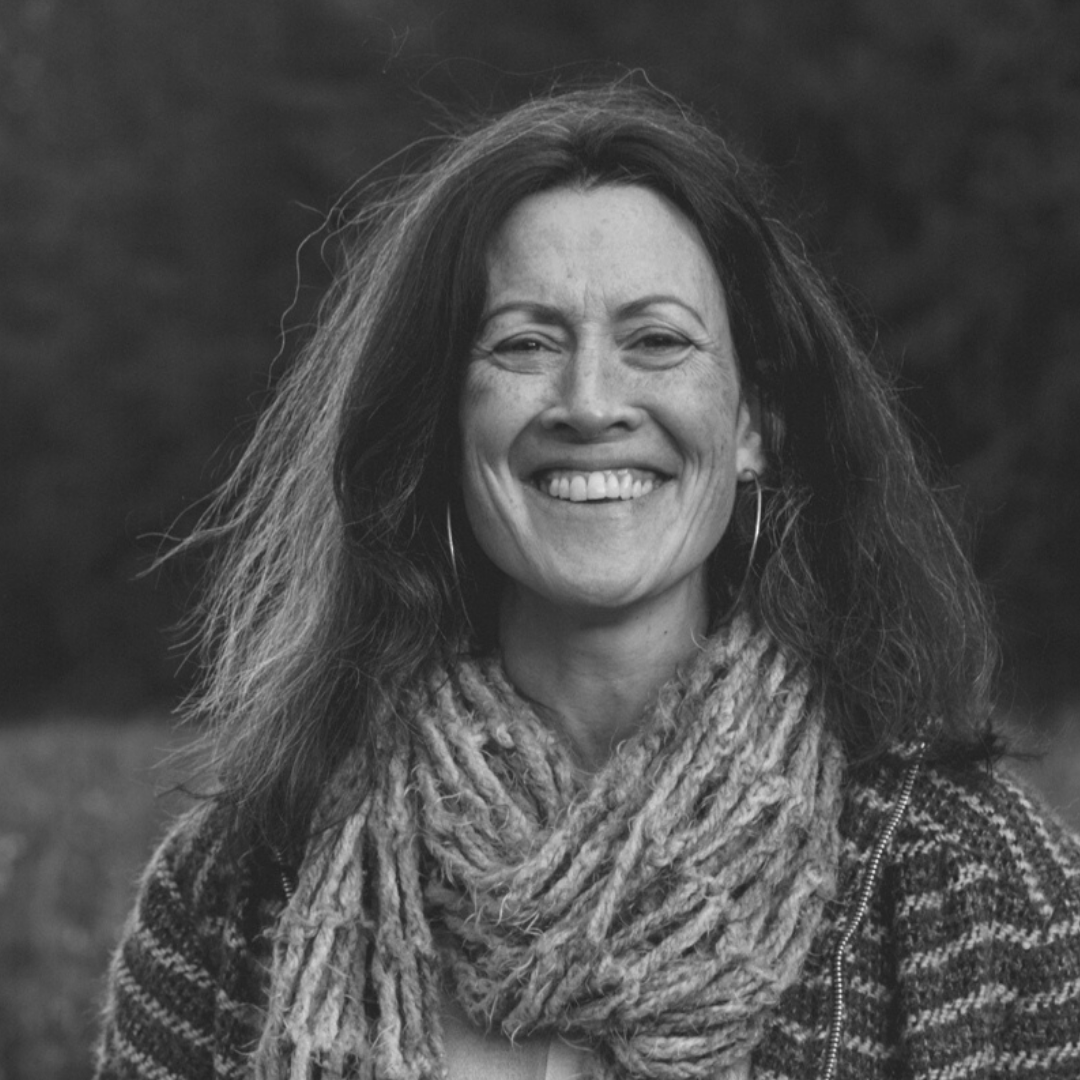 Anthea Lawson is an activist, writer and associate of Perspectiva. Troubled by the ways in which campaigning can replicate the problems it tries to change, she is enquiring into the inner life of activism and what it means for our efforts to change the outer world in which we live. She was a reporter at The Times, before working for campaigning organisations including Global Witness and Amnesty International, publishing investigations into the arms trade and corruption in oil, logging and offshore finance, and launching a successful campaign to change the rules around secret company ownership. You can find Anthea on Twitter.

Jeremy is a philosopher, editor, and Senior Research Associate at Perspectiva. His academic research, writing, and publishing advocates new forays into integrative thinking and praxis—aligning the scholastic, poetic, and spiritual—as existentially crucial work for pathfinding in a time of planetary crisis. He is the author of Seeing Through the World: Jean Gebser and Integral Consciousness, editor of Mutations: Art, Consciousness and the Anthropocene (2020) and host of the Mutations podcast. Jeremy currently serves as president for the International Jean Gebser Society and is working on his second book, Fragments of an Integral Future (2021). You can read more on his Patreon. You can find Jeremy on Twitter. 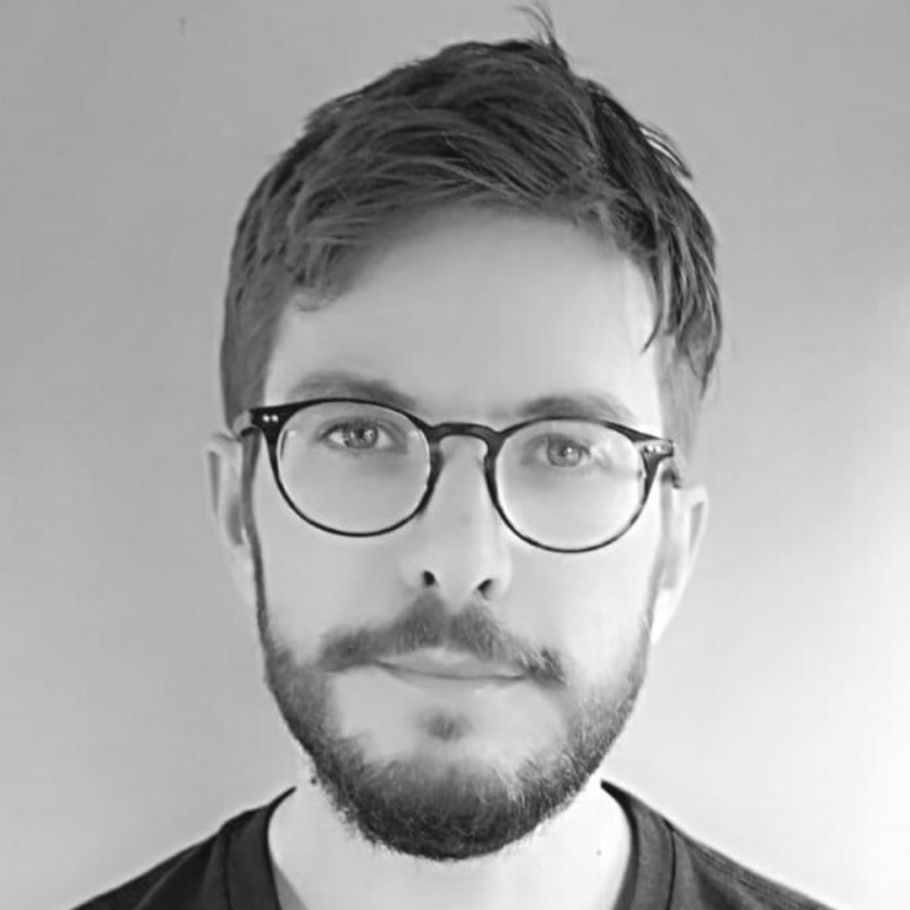 Dan is a writer and researcher specialising in themes around attention, environmental philosophy and digital culture. He has led projects in these areas for several NGOs, including Perspectiva’s work on the attention economy and The Mindfulness Initiative’s paper on developing agency in urgent times. Previously, he spent a decade at the Bank of England, where his essays on “mindful economics” and the “crisis of attention” were widely picked up by the mainstream media. Dan is an experienced mindfulness teacher and holds graduate degrees in economics (University of Cambridge), global studies (Sophia University) and philosophy (University of Wales Trinity Saint David), in the latter case receiving the highest grade awarded in the history of the programme. Dan co-leads the Digital Ego Project with Tom Chatfield. You can find Dan on LinkedIn. 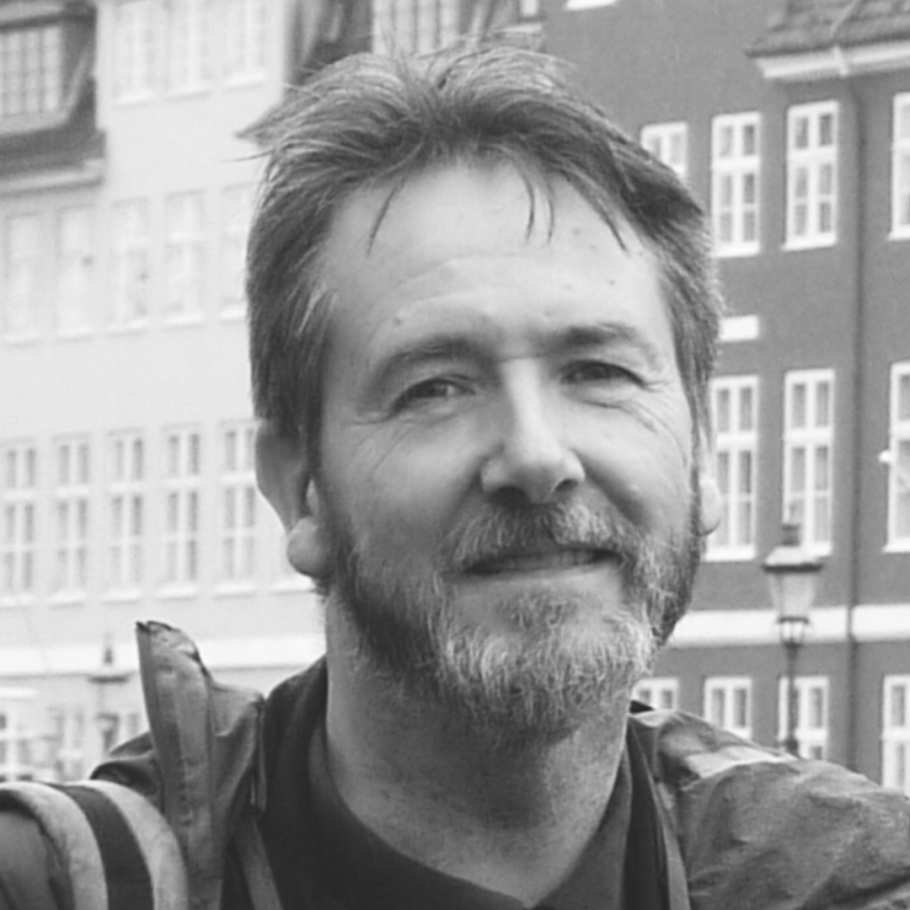 Ian is Senior Lecturer in the social science and ethics of sustainable development at the Centre for Environment and Sustainability in the University of Surrey. His teaching, research and policy interests include: the ethical basis of sustainability and ecological responsibility; religions and ecological awareness and action; new economics for sustainability; behavioural, organisational and value change for sustainable living; the idea and practice of commons and common goods; rethinking policymaking and governance for sustainable development. His other roles include: associate of the think-tank Green Alliance; Fellow of WWF-UK; trustee of the New Economics Foundation. Ian is a former trustee of the Foundation for Democracy and Sustainable Development, Global Action Plan, Groundwork Merton and Involve. He was researcher and lead author for the Church of England’s vision/strategy on sustainability and environment, Church and Earth (2009) and is now an environmental advisor to the Dioceses of Southwark and Guildford. You can find Ian on Twitter.

Hannah is a curator, writer, and researcher at Perspectiva, where she is currently inquiring into the psychoactive art of Metaphorics. She formerly founded the Experimental Thought Co, a pioneering network and thought community which hosted weekly events on emerging ideas across spirituality, systems change, and beyond, during which time she curated the acclaimed Human // Nature series, bringing together the worlds of myth, ecology, and psychology. She is currently nomadic, meandering across Europe in search of spiritual kinship and intellectual camaraderie. You can find Hannah on Twitter and LinkedIn.